Your international, full service law firm for companies and individuals VIEW OUR SERVICES

The satisfaction and the success of our clients are the most important benchmark for our work. We focus on tailor-made concepts and individual solutions. 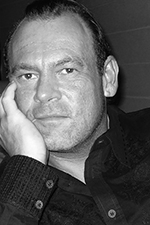 Born on April 1964, German-Italian background, basic commercial training in the family company, economic science and international law studies in Bonn, Germany, Switzerland and US. Academic certificates and degrees: Negotiation Master at HARVAD BUSINESS SCHOOL, PHD in economics, international business law (L.LM.). Luigi has been living in Monte Carlo since 2001. His working base today is the De Micco & Friends headquarter in Spain.

1985-1998: Founder and co-founder of various enterprises, such as a private school, a publishing house, an EDP systems provider and a corporate consultancy firm. Relevant experience as a consultant for commercial software solutions (Sage, KHK Software, SAP) and Internet applications.

1997 - 2001
Founding of the software company INTERNOLIX AG as the majority shareholder and Chairman of the Board of Management, with later participation by 3i Venture Capital, London. This software company grew within three years to a staff of more than 1000 employees and was represented in 12 countries. INTERNOLIX is viewed as a pioneer company of the Internet in the area of electronic commerce.

Stock market listing (IPO) in Germany (Neuer Markt) of the software company INTERNOLIX AG, with West LB Panmure and BHF Bank (ING) as lead banks. Listing on the New York Stock Exchange via the ADR program of the Bank of New York.

2001/2002
Restructuring of the software group into a media company and departure as operations CEO from the group.

2003 - today
Diplomatic service until 2006, appointment as Ambassador for special missions in Europe by the President of Panama, Mireya Moscoso. Various bilateral transactions between Europe, USA, Panama and other Latin American countries.

Support for other stock market listings (Google, TTN, SBB) as an investor and as a consultant in the IT sector in Europe (London, Frankfurt and Zurich) and the USA (NYSE, NASDAQ).

Interim member of the Board and CEO of the Fantastic Corporation (Zurich stock listed company) for the purpose of reanimating/restructuring the company.

Luigi is well known for his expert and interactive lectures, in which practical knowledge, and the professional know-how and experience of entrepreneurs, is not only presented in a competent manner for the areas of communications, branding and corporate financing, but also in an entertaining way.

On request, Luigi is available for conferences, congresses, symposia, private special events, corporate events and charity events, if you would like to enrich your event with an exceptional speaker.

Contributions can be presented in German, English or Spanish.

2017: Publication of the book "How to find and convince investors", new edition

2014: Publication of the book: How to find and convince investors in German, English and Spanish

2011: Publication of the book: IPO in German and English

2010: Publication of the book "How you get what you want", first English edition

2010: Publication of the book "How you get what you want", first German edition

As a client you will receive individual, comprehensive and well-founded advice in all areas of national and international business law.